Cabs Available For This Package

What counts more in life than filling your pockets with money. You gain when you travel as it fills your soul, and you get a refresh from the usual routine. So pack your bags for these amazing mesmerizing destinations of Himachal. These most insignificant searched sites have a lot to offer you with its beauty. It will assist the best for lovers and adventure seekers as well. It is pronounced that up until now, you are bored of those repetitious romantic destinations with unusual beauty, which pulls in all the couples all around the year, bestowing you two other popular places of the beautiful Himachal region.  Enjoy all those legendary places full of crowds. Well, Himachal has a lot to grant you with those least populated sites which are full of experience and striking landscape. It will light all your desires and make your breath out in the beautiful Shivalik ranges.

So pack your bags for these amazing mesmerizing destinations?so here presenting you unexplored two other popular spots Kinnaur and Lahaul Spiti of the beautiful Himachal region.

Day 01: ~ Transfer From Chandigarh to Narkanda

Your day one of the trip start after you Arrive at Chandigarh Airport from there you will be Transferred by Car to Sarahan via Shimla. It will be a 265 Kms long journey taking about 8-9 hours. You will cross former summer capital of British India & now a wealth of Himachal Pradesh that is Shimla. The queen of hills will give you some fantastic picturesque views with its snow-capped Shivalik mountain ranges offering some marvelous views of the mighty Himalayas. You will also cross through some of the most enchanting villages like Fagu, Theog, Matiana, Narkanda Apple orchards, and Hattu peak at Narkanda, from where you can have a panoramic view of the great Central Himalayas. Your today stay will be at Narkanda.

Day 02: ~ Transfer From Narkanda to Sangla

After breakfast, you will check out from the hotel and progress to Kinnaur Sangla via Rampur, which is also the gateway to Kinnaur valley. We will then tour the Hattu peak, which is 3,400 meters at an elevation of 11,154 feet at Narkanda from where you can have a magnificent glimpse of the great Central Himalayas and will also tour the famous wooden carved temple of Goddess Kali on the top. Then we will attend the great temple of Bhimakali at Sarahan, Hawa Mahal, Cricket Ground, Oldest Mahal of King of Himachal. This is the same temple in which human sacrifices were made. After touring the temple, we will go to Sangla Valley. And today's stay will be in Hotel in Sangla Valley.

Today after the delicious morning meal at the Sangla hotel, we will tour Sangla, Kamru village, and visit Kamru Fort, which has a temple devoted to Kamakshi Devi. It is a populous village, positioned on the right bank of the Baspa River, is notable for its extremely fertile soil, which is at an elevation of 2621 m above the sea level and is at a distance of 17 km from Karcham. It is mounted on a hill with the house rising one above the other. The scene is closed by the enormous Raldang Peaks towering behind. Chitkul is a village in Kinnaur district of Himachal Pradesh, which is the last inhabited village near the Indo-Tibet border. The Indian road ends here. The Baspa valley is the prettiest valley in the Himalayas. Its terrain and green vegetation on the slopes are not very steep. Todays will be at Sangla.

After breakfast at the hotel, you will be taken to Kalpa village, which is a 2-3 hrs short drive, and on the way, we will stay at Recongpeo and will have a tour around the local market. Recongpeo is the area headquarters of Kinnaur district where you can have lunch in a local restaurant offering Indian or Tibetian food. After lunch, we tour the Kalpa village and the nearby Roghi village, which are renowned for apricots and apples. Here you will get the most exceptional scene of the Mt. Kinner Kailash Mountain, which is a magnificent scene early in the morning as the mounting sun meets the snowy peaks with crimson and gold light. Kalpa is dwelled at an altitude of 2759 m from the sea level, on the old Hindustan Tibet Road at a range of 260 km from Shimla. This place was the District Headquarter of Kinnaur, and this heritage village is 14 KMS away and came into distinction in the wake of British Governor-General Lord Dalhousie's visit in the 19th century. Overnight stay will be in a hotel in Kalpa Valley.

After breakfast, you can drive you to Tabo, which is a 9 -10 hrs drive, Enroute we will direct you through Puh and Nako. Then we will visit Nako Lake and village and will have lunch in Nako. Later we will proceed our drive to Tabo tour the Gue village, which is also the last Indian village on Indo-Tibetan border. Here we will be attending the readily embalmed mummy of a Buddhist monk, which is about 600 years old, which was located here while raising the road. Later on, we can reach Tabo and check in to your hotel. Today we will be entering the enchanting Spiti valley, which is also known as the cold desert of the Himalayas.

Day six, after breakfast, we will tour the Tabo monastery, which is the oldest monastery in the Himalayas. Then later, we will send you to Kaza, which is a 3 hrs drive. En route, we will tour the Dhankar village and Dhankar monastery and fort. Here we will have a cup of tea or lunch, and then we will proceed with our tour to Kaza, where you will check-in at your hotel. Enjoy the evening in the Kaza market.

Today after breakfast, you will be taken to the village of Laguna. Here there is an excuse to stroll around the town. You will be visiting the monastery at the top of the city and, on the way,y lookout for fossils. Here you can also view the yak working in the areas or yak grazing in the pastures. Also, Comic village will be seen, which is now the world’s highest village (4,450 meters) as it joins the motorable road. Later we will extend our trip to Kee Monastery and the community of Kibber. Once Kibber (at 4,200 meters) was held the world’s highest village. There is also the choice to drive to the nearby mountains. Lunch will be at Kibber village in a local restaurant, where you will be offered the opportunity for exquisite Tibetan dishes. In the evening, we will turn to Kaza for a second night at the hotel.

The morning after breakfast, we leave for Chandratal Lake by intersecting Kunzam Pass (15,100ft) to reach Baltal. Then from here, we will replace a vehicle to Sumo to proceed to Chandratal lake. On away, have a glittering view of CB Ranges Peaks. Also, we will tour The River Chandra According To Some Believers, which Is The Spot From Where The God Indra`S Chariot Took The Eldest Pandava Brother Yudhistra To Swarga To Heaven In His Mortal Form. So, in the end, you can savor the beauty of the beautiful lake and naturally encompassed Snow peaks. So here we will have Camping at Chandratal Lake.

Then after breakfast, we will leave for Keylong. In the evening we will reach Keylong valley. Then Overnight stay will be at Keylong.

Today Morning after breakfast, we will go for Kardang Monastery, Shaspur Monastery, Tayul Monastery, Udaipur, Trilokinath Temple. Then Overnight stay will be at Hotel.

Today we will make a fresh start and commence at 06: 30 A.M as it is the most long-drawn day’s journey driving to Manali, which is 4-5 hrs. On the way, we will hold for breakfast at Dhaba, and then for lunch at any place you like. Later on, we will proceed with our journey over the Rohtang pass (3,980 meters / 13058 feet) and enter Kullu valley. After reaching Manali in the evening and then will check-in at the hotel.

Last day at the hotel after breakfast, we will go to Chandigarh via Kullu, Aut, Hanogi Devi temple, and Pandoh Dam. Later on, we will extend our drive to Chandigarh. We will arrive in Delhi by evening. Here comes an end to this fantastic trip.

All sightseeing’s by individual car.

Sight-seeing as per tour itinerary.

Inclusive of all taxes. 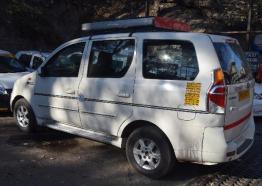 If You Have Any Questions

How can I manage Instant Book settings?

How do I use my calendar?